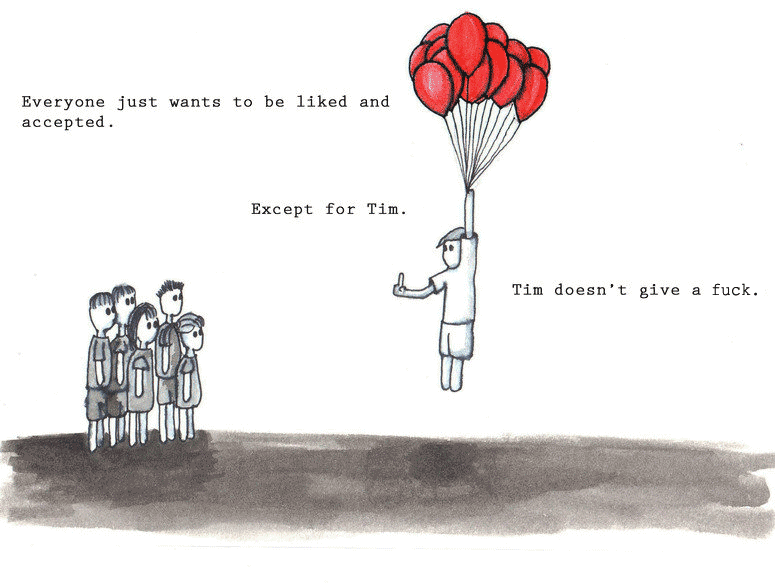 A few likes and occasionally, some comments. It doesn’t matter anymore. Maybe it did before, but it hardly has any potent impacts to the stubborn writer in me anymore.

I’ve been writing for around 7 years already in this semi-private blog. Semi-private because of the number of my readership is analogous to the number of people reading a private person’s diary. Despite those dismal views, blogging never came short of a variety of personal experiences for me as a writer. I’ve had some occasional highs when there were a lot of interactions and a whole lot of lows when nobody seemed to care at all about how I feel based on what I’ve written.

But I’ve already learned to deal with it despite that there are still a lot of instances that I got pissed off by the indifference of the world. Practice makes perfect anyway, right? And I’ve gotten used to the fact that in most of what I’ve written, they were met with deafening silence except for occasional swarm of crickets, both in this blog and in my social media accounts.

Well, that’s your audience’s choice. Remember that no response from them is also a form of response. After all, you are responsible for your self-expression and the things that make you sane, not them.

With the exception of course if the mode of that self-expression involves breaking a law or endangering the life of your fellow. You know what I mean. So if you’ve matured enough as a writer, you should’ve finally realized that it’s not the likes nor the comments why you were writing in the first place: and that is to regularly try to calm the raging storm within you by channeling it so you bleed ink instead of bleeding your lifeline.

What they actually receive

It is one thing to be able to express yourself. How it’s going to be received is completely another story and something which either you have very little control of or something that you can totally do nothing about.

People can only interact as far as their level of comprehension is concerned. Your ideas, grand as they are, if they land on a mind that is incapable of nurturing grand ideas, then it is most likely that they will be met with scorn, like throwing pearls to the pigs.

There are however, objective readers who are mature enough to temporarily set aside their biases in order to see your point. They can further improve your initial ideas by pitching in their objective observations or healthy criticisms. And then there are those who will opt to see what they only wanted to see in what they are reading. Hence some comments may seem like they enjoy what you have written but in reality, what you wrote just reminded them of something funny or remarkable from their past experiences which sometimes is not totally related with what you said. (Talk about getting elated when you thought you finally got your message across, only to find out that they completely missed it by a mile!)

There are those who will tell you how much you suck, oftentimes devoid of explanations whatsoever. You will never be good enough and nothing that you say or write will come at par with their insatiable “exquisite” standards. Good luck if you wish to persist in trying to impress them nonetheless.

How people react is a mirror of who they are inside. Most of the times, it’s not you who have a problem. It’s them and you can do nothing to change that. So it would be wise if your happiness is not dependent on how your audience will react. Because doing so almost always ends up tragically.

So shut up and just fucking write!

There’s no other way to put it best but to just fucking do it. If you can’t help but be bothered by voices outside of your self, don’t fucking write at all. In trying to improve yourself as a writer and a person, it is inevitable that some people will get offended by whatever reasons. So be it. Think of yourself getting better in the process and the other person who will benefit from what you’ve written. You’ll never know. Someone might be badly in need of what you have to say.

Regarding the critics, look at the light of what they are saying. If it makes sense, improvise. If it does not in anyway benefit you, shut out the noise and let them howl ’til kingdom come. It isn’t criminal for them to yak their brains out but it isn’t their right to impose anything on you either.

It’s either your growth or, your perceived “sanctity” of the opinion of others. Choosing one would neglect the other. It’s your choice to make.

2020 Will you Cop the New Sale Air Jordan